Magnet cockroach is mischievous and bad taste.
I recommend a butterfly. It's rather easy. 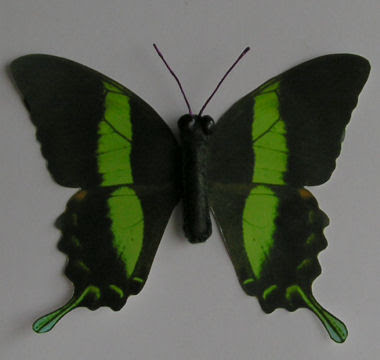 The wings are cloth printed by iron transfer paper.
You can choose any butterfly from web or books.

The body is made of felt and fiberfill.
Bind the neck and attach button eyes.
Its antennas are embroidery threads hardened with some glue.

As a butterfly's body is thin, small magnet is good.
If the magnet is bigger, attach it outside. 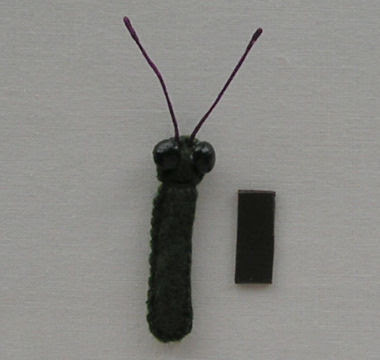 Email ThisBlogThis!Share to TwitterShare to FacebookShare to Pinterest
ラベル: Notions

This cockroach has a magnet in its belly. 4 centimeters. 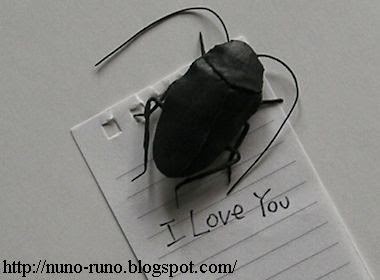 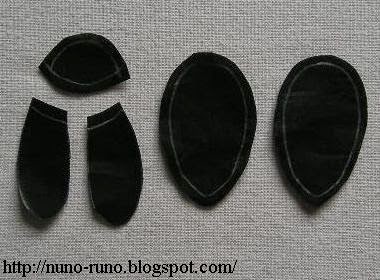 Sew the head to the wings. 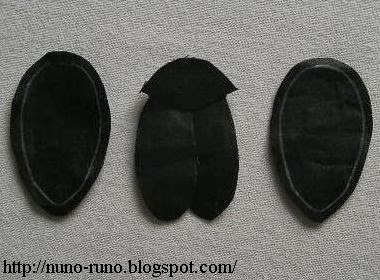 Put the head and wings between the body, and sew around except opening. 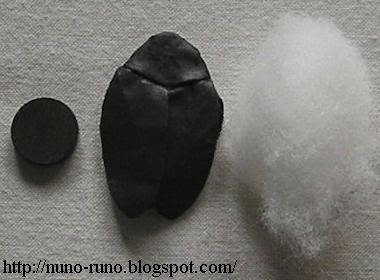 Turn inside out. Stuff the body with some polyester fiberfill and a magnet.
Close the opening.

Wind wires with adhesive tape. Insert them to the body.
Attach antennas. 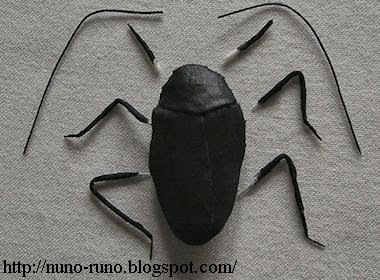 Sitting puppy. It is made of a face towel without cutting nor sewing. 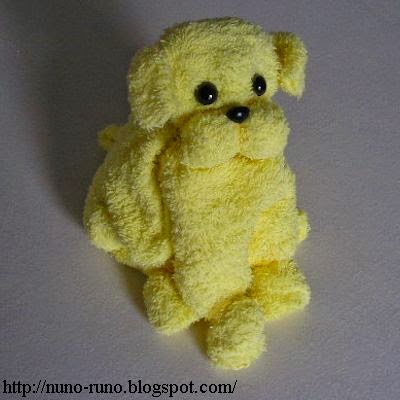 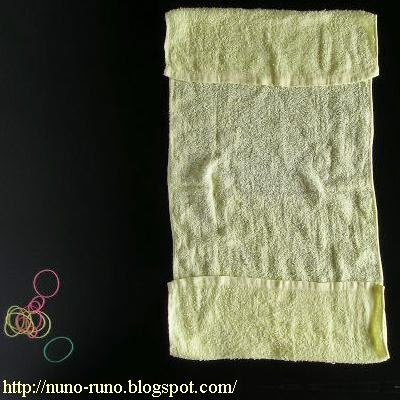 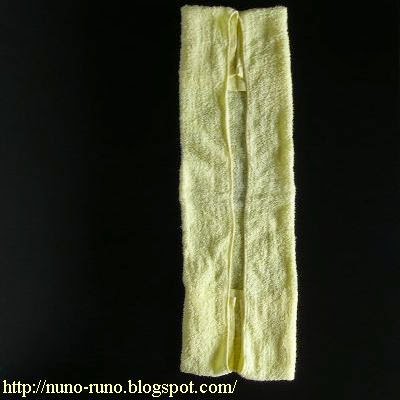 And fold at the middle. Bind the corner with a rubber band. It is an ear. 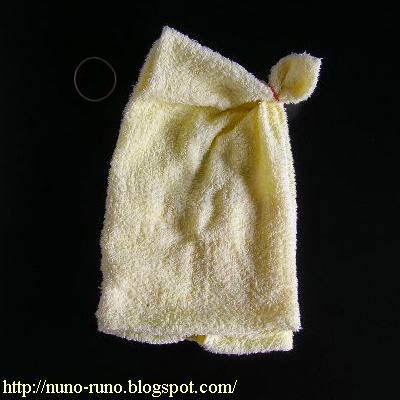 Spread the towel, and cross a rubber band at both ears.
Roll the sides of upper parts from out to middle. 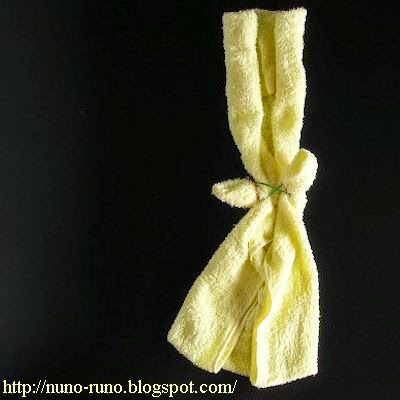 Fold again and tie the nose. Bind the nose at the middle. 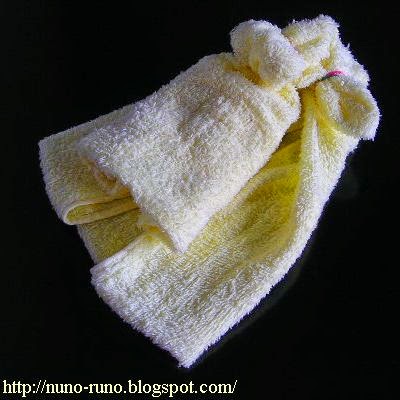 Tie the neck with a rubber band. Tie the rolled part. This is a paw. 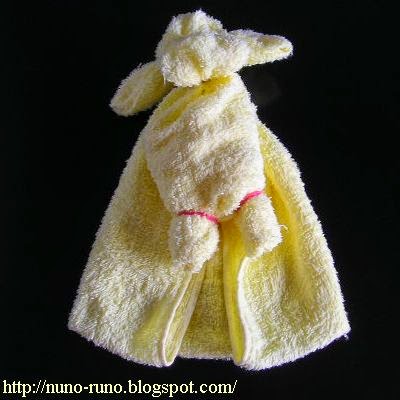 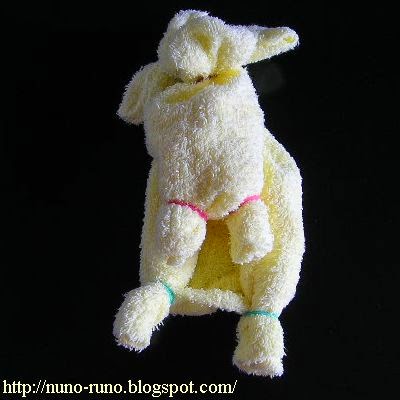 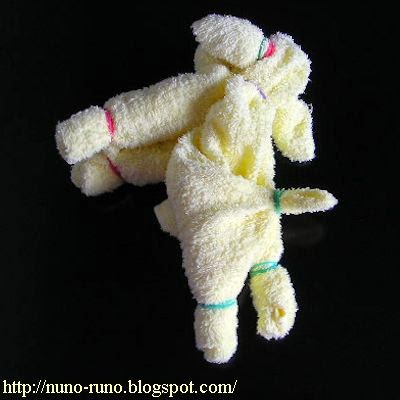 Stuff the belly with some filling. And it can sit. 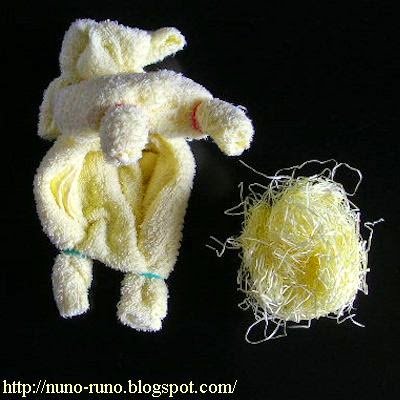 Attach buttons at eyes and nose (sew or glue).

I hope you improve it and apply to other animals.